Cannabis has been used for many years as an aid to relaxation, and was first introduced in the middle of the nineteenth century in this country as a medical aid for delirium tremens, period pains, insomnia and headaches. Before prohibition in 1925, products derived from the plant Cannabis Sativa or Hemp were widely used in industry. Seeds were used in bird food, Cannabis oil was used in paints and varnishes, and Hemp fibres were used instead of cotton for making rope and coarse cloth. The plant from which the leaves, buds and resin are collected originated in Asia, but has now been introduced throughout Europe and America as it grows well in any temperate climate. The main psychoactive ingredient of Cannabis in any form is delta 9 tetrahydrocannabinol, shortened to THC (for obvious reasons!). Modern drug companies produce drugs derived from THC or using synthesized THC, which isolate wanted effects whilst trying to keep the “high” which Cannabis users seek to a minimum. Such drugs are Nabilone, Levonantradol and Dronabinol (synthetic). These drugs are prescribed to suppress nausea and for pain relief, and to enhance appetite for people who have AIDS related infections. 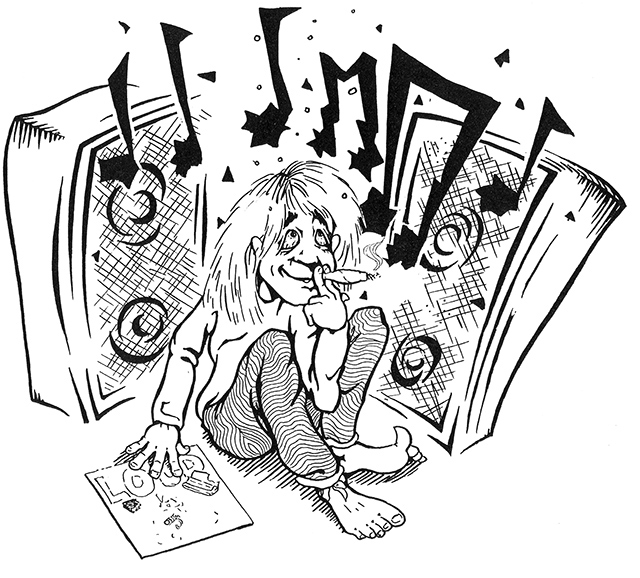 How it is Taken?

Cannabis can be smoked (on its own or with tobacco) or eaten. Cannabis Oil is sometimes used, which is simply spread on a normal cigarette, but by far the most common form of cannabis used is cannabis resin. This comes in a variety of forms (for example a flat press) and is usually chocolate brown in color with a hard consistency. The resin is heated (to soften it) and then a small amount is mixed with tobacco and rolled into a cigarette. If the dried leaves and buds are used (“grass”) then this is often smoked on its own, without using tobacco. Cannabis can also be smoked through a pipe or a bong (a pipe in which the smoke is pulled through water first to cool it down). Pipes are often home-made, using whatever equipment is available.

If Cannabis is eaten the effects can often be confusing – it is usually between 5-10 minutes before the effects of the drug can be felt when smoking, but up to an hour or more when eaten. Sometimes the user can suddenly find themselves more “stoned” than they had expected, and may panic. Once eaten, the amount of Cannabis consumed cannot be regulated as it can when smoking.

A lot depends upon the user’s mental state before smoking, the environment and the user’s expectations. Cannabis causes perceptual changes which make the user more aware of other peoples’ feelings, enhance the enjoyment of music and give a general feeling of euphoria. It can also make the user feel agitated if they are in a situation which is not pleasant – if they are with strangers or trying to hide the fact that they are using – which is often referred to as a paranoia. In extreme moments, the user can feel that everything said around them is directed at them in a malicious and hurtful way. Using Cannabis with other drugs such as alcohol can make the user feel dizzy and disoriented.

A change of environment – turning the music off, having a glass of water, turning a light on or having a breath of fresh air will often make you feel better quickly. If you’re feeling low, using Cannabis will not make you feel better. It is more likely that you will sit and think about what is going on than forget about it.

Cannabis causes a number of physical changes – these are the things that any commercial drug based around THC is trying to isolate. It can produce an increased pulse rate, a decrease in blood pressure, the alleviation of excess pressure in the eye, an opening of the airway leading to the lungs and suppression of the vomit reflex. It can also produce bloodshot eyes, dry mouth, dizziness and an increased appetite. Sometimes short term memory loss (i.e… the last couple of minutes) can occur, although this passes as the effects of the drug wear off. To fatally overdose on Cannabis it is estimated that you would need to eat about one and a half pounds of resin in one sitting. Cannabis is not physically addictive.

Whether cannabis use leads to long term health problems or not is unknown. There has been little research in this country, and research undertaken in other countries is clearly affected by other environmental factors, hence inconclusive. If Cannabis is smoked regularly, then respiratory complaints similar to those linked with cigarette smoking are likely to occur. If a Cannabis user does have an unpleasant experience when using the drug it is often the result of a high dose coupled with inexperience – perhaps after eating a large amount (i.e… more than a sixteenth of an ounce) and then panicking when the drug takes effect, or when Cannabis is used with another drug such as alcohol. Cannabis is fat soluble, and so someone who regularly uses a large amount of the drug may store some of it in their body. It can take up to thirty days for this to be fully metabolized and for the body to be clear of the drug.

Cannabis is a hallucinogen. Hallucinogens have been linked to mental health problems – the hallucinogenic experience may trigger a psychotic episode for someone with a pre-existing mental health condition (which they may or may not know about). Someone using cannabis may experience occasional paranoia (best described as irrational fear) whilst intoxicated, particularly likely if they feel unsafe (using the drug with people they don’t know or mistrust, for example). There has been a lot of discussion about the potentially beneficial medical uses of this substance, and its place in modern medicine. However, there is still little research into new Cannabis based products because of the difficulties in obtaining research licences and the political issues around the legalization of Cannabis.