Cocaine is a white powder that is refined from the coca plant. This plant grows in South America. The powder can be sniffed or snorted through a straw or rolled up banknote and absorbed through the nasal membranes. Cocaine is sometimes mixed and reacted with other chemicals to form crack, a smokable form of the same drug. Burning cocaine powder destroys the drug. Burning crack produces a smoke containing cocaine which usually has a purity above 90%. When the smoke is inhaled it passes into the bloodstream through the lungs and quickly reaches the brain. 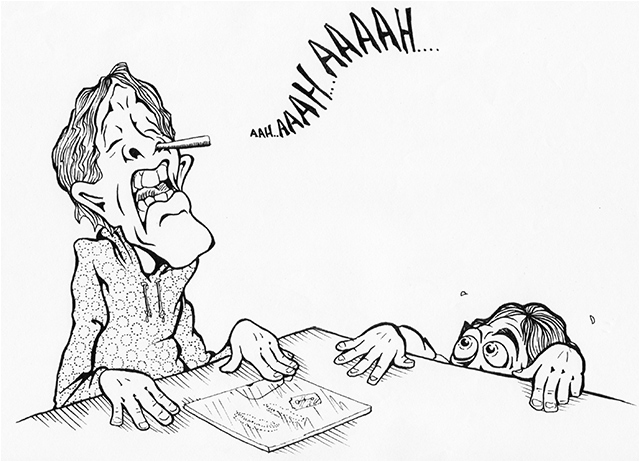 Cocaine is a short-acting powerful stimulant. The effects of cocaine powder are similar to amphetamines – talkativeness, confidence, reduced appetite, euphoria and increased energy. These effects last for about thirty minutes. Once the drug starts to wear off, it’s common to experience a compulsion to take more coke to avoid coming down. Crack takes people higher (the effects are even more intense), but it is extremely short-acting. Someone using crack will experience peak effects after several minutes and find themselves coming down after ten to fifteen minutes. What goes up must come down, and the higher you go, the further there is to fall.

Common after effects are low energy, hunger and tiredness. Anxiety, irritability and paranoia (irrational fear) are also fairly common side- effects that follow cocaine use. As with all drugs, someone taking large doses or using cocaine regularly will suffer a more extreme comedown than an occasional user. The comedown from crack is far more distressing than the comedown from cocaine powder. Mood swings, irritability, anxiety and paranoia are common. Some people who use crack regularly have developed a dependence to opiates after using heroin to take away the side effects of their crack use.

Regular Cocaine use will lead to interrupted sleep patterns, anxiety and paranoia. Someone regularly using cocaine will find themselves feeling unable to cope unless they’ve had some Charlie. They’ll get very stressed out and irritable when they’re not using. Someone using cocaine every weekend, for example, will soon start to find that the weekdays become something to get through until the next weekend.

There is no physical dependence associated with cocaine. Someone using it regularly will not become ill if they stop using. People often experience a compulsion to take more, though, and can start to feel unable to have a ‘good’ time unless they are using cocaine. Cocaine has an image of being a drug for rich people. Unless you’re extremely wealthy, using cocaine regularly will certainly create a big hole in your bank balance.

A cocaine habit can become very expensive very quickly, especially so for crack. A rock of smokable cocaine can cost £15 – £20, and it’s not difficult to get through several hundred pounds worth of the drug in an evening. Some people use cocaine during sex.

Aside from the psychological experience – confidence and euphoria – cocaine is also a local anaesthetic. Rub it on your teeth and gums and they’ll go numb – that’s why it’s been used in dentistry. Cocaine can prolong sex by reducing sensitivity, increasing the time it will take for a man to orgasm and ejaculate. It all depends on where you rub the coke. Prolonged sexual intercourse can increase the risk of catching sexually transmitted diseases including HIV, the virus that can lead to AIDS. Condoms can tear so make sure you have spares, and plenty of water based lube (like KY jelly).