Gamma Hydroxy butyrate (GHB) was originally developed as an anesthetic, but withdrawn due to unwanted side effects. Other uses have been for the treatment of narcolepsy, for the relief of symptoms when withdrawing from dependent alcohol use and more recently as a growth hormone stimulant used by body builders. The substance is currently circulating within the dance music scene (at raves and night-clubs) as an alternative to Ecstasy or Amphetamine Sulphate (speed). 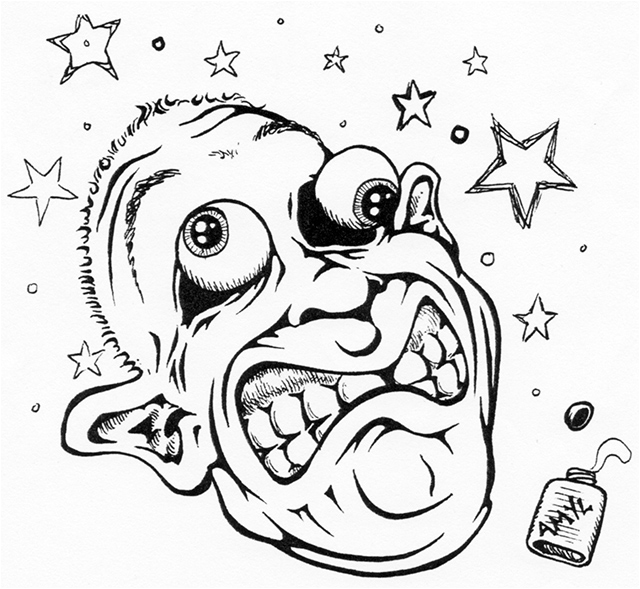 How it is Taken?

GHB is usually available as an odorless, colorless liquid which you drink (it tastes slightly salty). Sometimes the substance is available as a powder, or in a capsule. In its liquid form, GHB is sold in small (30ml) bottles; this would normally be enough for three doses. It is difficult to give a clear ‘safe‘ dose, as the concentration of the liquid will vary.

You can usually feel the effects of the drug ten or fifteen minutes after you have taken it, although it may take up to an hour. At small doses, GHB encourages a reduction of social inhibitions, similar to alcohol, and an increased libido. At higher doses, this euphoria gives way to feelings of sedation. Some users have likened the experience to taking mandrax (or ‘mandies’), a sedative (methaqualone) that was popular on the illegal market in the seventies.

As an anesthetic (thus mixed effect drug), GHB works as a sedative rather than a painkiller. Most reported physical side effects are actually connected with taking more GHB than a normal recreational dose, when the drug starts to work as an anesthetic. Common unpleasant reactions are nausea, drowsiness, amnesia, vomiting, loss of muscle control, respiratory problems and occasionally loss of consciousness. After excessive use, some users have experienced seizures and coma.

Many of the people who have collapsed whilst using this drug don’t remember being ill, but actually think they have been dancing around and having a great time – you will be safer if you are with friends who can help if you get into difficulties. If you are with someone who is using GHB and they become ill (they collapse, or start vomiting) call an ambulance and take them to hospital. Let the paramedics or doctor know what they have taken so that help can be given quickly.

The people who have been hospitalized after this sort of reaction have made a full recovery – in this country there have been no confirmed deaths from taking GHB. As a sedative drug, there is far more likelihood of serious illness or overdose if other sedative or depressant drugs are used – if you do use GHB, do not drink alcohol. Drinking alcohol on top is far more likely to lead to a distressing reaction such as respiratory collapse or coma.

GHB is easily made from chemicals that you do not need a license to obtain. Because of this, it is often made in ‘underground laboratories‘ (usually someone’s kitchen) and the concentration is consequently variable. ‘Safe‘ doses vary, depending on the source, and the physiology of the user – their weight, sex and general state of health.