Reply To: What is Cannabis or Marijuana? 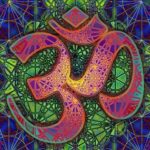 cannabis is the most interressant plant of the world and has huge known and still unknown properties.

It’s the only plant u can exploit year after yera without waiting every 7 years one year were u plant nothing on a ground.

READING THE BOOK “The emperor wears no clothes” from J.Herrer (RIP) Is the best way to know a huge thing about marijuana

I crossed an ancient comment I made and, shit, I was still young at that time….. Anyway, I think Dupont De Nemour has made all to get the cannabis out of bizness because of their new discover of NYLON.